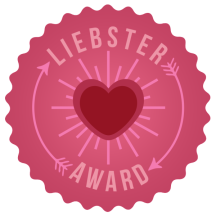 Thank you to both Lizzie Lee and Cognitive Caribou for nominating me to be a part of this project! I’m making this post a little late, but because I was just recently nominated a second time (thanks, Glynis) I felt that now is as good a time as any.

There are a few easy rules you must follow to participate:

Like Glynis, I have also found a great amount of variation in these rules, so I’m also going to nominate only seven blogs. I’m embarrassed to admit it, but I don’t read many blogs myself, and I honestly couldn’t make a list of eleven. Also, a couple of the blogs I’ve chosen have over 200 followers, but I think they still deserve to be part of this chain. And besides, Google tells me that some rule sets for the Liebster award say less then 3000, not 200. That’s precedent enough for me!

Eleven facts about me:

Eleven questions for my nominees:

If you enjoy my writing and would like to see more, please consider contributing a few dollars to help out.
I spend so much of my time struggling to make ends meet that I have very little to devote to writing. Even a tiny donation can make a big difference!